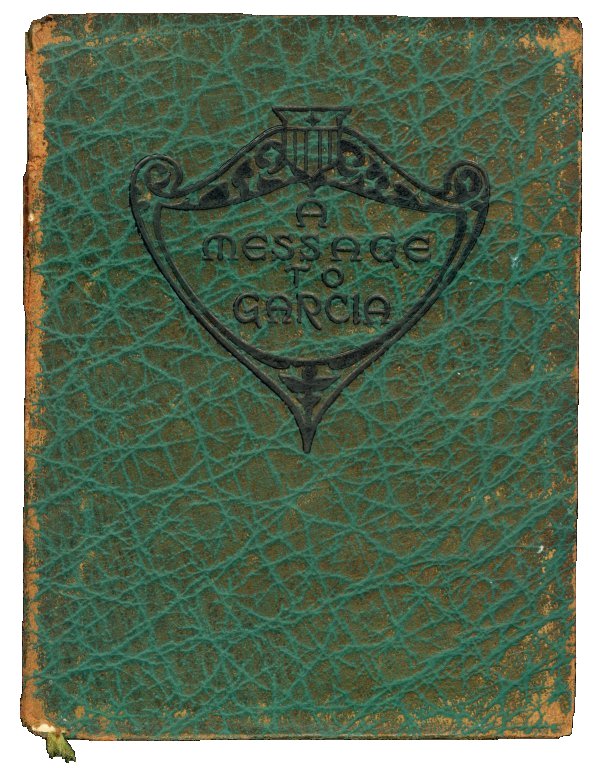 All four of my children spent a week at the United States Naval Academy the summer before their senior year for the USNA Summer Seminar. It’s an opportunity for students to experience a little of the Naval Academy to help them decide if they want to pursue a nomination and appointment. While there, they heard a story that the Navy has used for almost 100 years. It’s summarized as “Message to Garcia.”

It was a published essay that claims that just before the beginning of the Spanish-American War, President McKinley needed to get a message to the head of the Cuban insurgency, Calixto Garcia. Unfortunately, no one knew where he was in the interior of Cuba. But, he was told, a man named Rowan could find him if anyone could. So the President dispatched Lt. Andrew S. Rowan to find Garcia and deliver the message, and Rowan didn’t ask any questions. He just did it.

One part of the essay summarizes Rowan’s task this way.

How “the fellow by the name of Rowan” took the letter, sealed it up in an oilskin pouch, strapped it over his heart, in four days landed by night off the coast of Cuba from an open boat, disappeared into the jungle, and in three weeks came out on the other side of the Island, having traversed a hostile country on foot, and delivered his letter to Garcia—are things I have no special desire now to tell in detail. The point that I wish to make is this: McKinley gave Rowan a letter to be delivered to Garcia; Rowan took the letter and did not ask, “Where is he at?” By the Eternal! there is a man whose form should be cast in deathless bronze and the statue placed in every college of the land. It is not book-learning young men need, nor instruction about this and that, but a stiffening of the vertebrae which will cause them to be loyal to a trust, to act promptly, concentrate their energies: do the thing—“Carry a message to Garcia.” [1]Elbert Hubbard, A Message to Garcia (East Aurora, NY: Roycrofters, 1914) https://www.gutenberg.org/files/17195/17195-h/17195-h.htm, Accessed on May 11, 2021.

The essay encourages initiative, determination, and independent action to solve problems. The author took quite a bit of historical liberty with it and that and being told “Message to Garcia” when you ask any questions about a task you’ve been given have contributed to the cynicism with which many regard it today. Sometimes it’s a way to cut off discussion and accuse the questioner of lacking initiative.

But “Message to Garcia” is probably what some of us need to hear in our ministries. The average pastor, the average volunteer, and the average servant find it too easy to quit whenever they face any opposition. Christian ministry is not without hazards and difficulties. Probably some of us do need a stiffening of the vertebrae.

A friend of mine used to humorously claim that “Real men quit.” He based that assertion off the KJV translation of 1 Cor 16:13. “Watch ye, stand fast in the faith, quit you like men, be strong.” “See,” he would say, “Real men quit. We’re commanded to quit like men” he would say with a wink. Of course the Apostle Paul is saying the opposite—he wants us to act like men. And real men don’t quit. Or at least they don’t quit easily, right?

I don’t know what opposition your ministry is experiencing. There are a lot of difficult situations that pastors can experience. Not every person you serve acts like Jesus. But don’t give up just because it’s hard. Hard is not bad, hard is just hard. Embrace a little of the “Message to Garcia” and fight through the obstacles. God will give you daily sustaining grace.

I have 15 subscribers. [It's a small number, but I just started subscriptions. :)] Join them by subscribing below and get an email update when a new blog is posted.