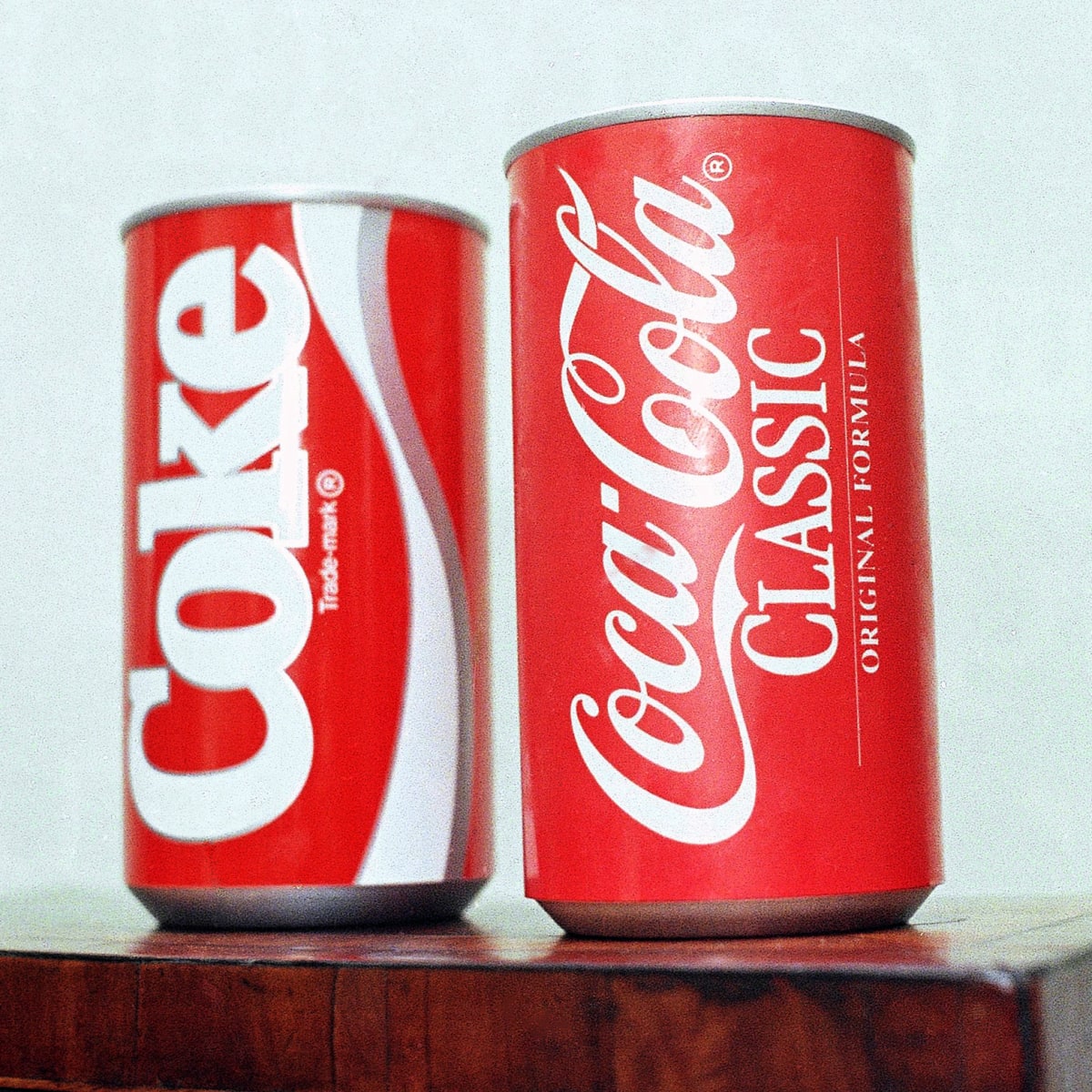 Do you remember New Coke? You have to be a certain age even to be aware of this story. It happened during my teen years, so I remember this pretty well.

In the Spring of 1985 some knuckleheads at Coke decided they would launch the reformulation of Coca Cola to compete with their rival, Pepsi. Obviously this was months, even years in the making.

Just after World War II Coke’s market share was 60%. By the 1980s it had fallen to 24% and Pepsi was beginning to outsell Coke in supermarkets. Coke was still dominant because of its vending machines and restaurant sales, but the executives thought the handwriting was on the wall. They were scared.

Pepsi was promoting taste tests that kept coming back with Pepsi being the preferred drink. Coke downplayed them, but their own internal research showed the same thing. They were afraid Pepsi was going to overtake them.

So in a bit of hubris they decided to change the taste of Coke and make it sweeter, like Pepsi’s taste. They completely eliminated the old Coke formula and went 100% with New Coke. They were all in. It was a marketing disaster. Within three months they brought back the taste of Coke under the Coke Classic brand name. Eventually that went away and New Coke died the death it needed to die. Coke completely reverted to its original formula.

Why did they change the formula? Why not just add the New Coke taste as another product and still keep the Old Coke too?

I read a story on this a few years ago in the book, Blink, by Malcolm Gladwell that said part of the problem was how they conducted taste tests in the ‘80s. Pepsi was winning taste tests head-to-head with Coke, but they were a particular kind of taste test. They were actually called sip tests. As you can guess, you didn’t drink an entire can, you just took a sip or a small cup. And in sip tests Pepsi would win hands down. But the problem is nobody drinks pop like that. Nobody takes a sip and puts it back in the fridge. Another taste test involved giving tasters a case of Pepsi and a case of Coke and checking back with them in a few weeks. In those home tests Coke would win.

So the Coke executives changed the formula for Coke on the basis of sip tests even though that’s not really the way to taste a product.

Jesus tasted death for all of us, and it’s important to know that this wasn’t a sip test. The word “taste” might make us think that it was just a little mouthful, but that’s not the intention of the Greek word.

When our oldest son was a baby, my in-laws visited us one time. We were at a restaurant and I think my mother-in-law put a little pop in the end of a straw and put it on Justin’s tongue. His little baby face showed shock at the taste of Coke. You could say that he tasted Coke.

The word in Hebrews 2:9 doesn’t mean a taste like that. It actually means that Jesus thoroughly tasted death. He experienced it all. He didn’t take a sip test or just the little drop in the end of a straw. He drank it all.

Jesus tasted death for you. That’s what this passage says. Now it’s not saying that you won’t die if you trust Jesus. He’s saying that death has been stripped of its power, or its horror. We don’t need to fear death. You will die should Christ tarry His coming, but you won’t experience what makes death truly horrible—separation from God.

Paul the Apostle says it this way.

Death has been emptied of its power for the believer. We don’t need to fear it. Many Christians have believed this at the point of death, and they have calmly, joyfully, gone to see their heavenly Father.

Now, because of Jesus, we don’t lose with death. We only gain. We gain heaven. We gain Christ. We gain freedom from sin. We gain presence with the Lord. Death has been emptied of its power by the One who tasted death for every man.